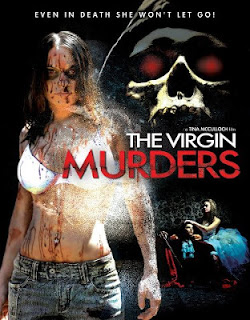 Victor Marquez a self-destructive paranormal news reporter dealing with his unraveling life and day-to-day bureaucracy, contacts a long time friend police detective Kyle Brooks to discuss any potential leads on a new story. After receiving a disturbing snuff video...Victor's life will never be the same
Posted by David C. Hayes at 10:15 PM No comments: 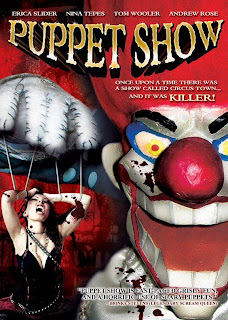 Ringmaster Rick rose to success with his children s show, Circus Town, by making a deal with a demon to bring his marionette, Charlie Chowderhead, to life! As tends to happen when people make a deal with an evil specter, Rick mysteriously turns up dead. The doll gets passed down to his granddaughter, Casey, who has no idea the doll is alive, let alone a killer. The show may be over, but Charlie s not done with his murderous performance and he s dead set on pulling the strings in his final act of KILLER ENTERTAINMENT!