Hard to Watch: The Films of Steven Seagal (2021, Slipway Cinema) 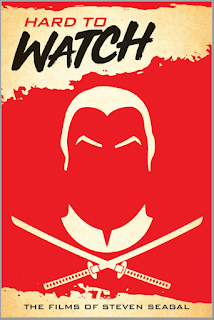 Collected from across the nation, over forty writers, film critics, academics, artists, filmmakers and editors tackle the complete film oeuvre of action star Steven Seagal. From the early days of Above the Law all the way to Beyond the Law, the nation's martial arts laureate is examined in exacting detail. Some love him, some hate him, some simply wish to understand him and the rest don't really have an opinion on him... but you won't find any of those people in this volume. He stands as an American cultural icon, of sorts. Regardless, Steven Seagal is... Hard to Watch.
Posted by David C. Hayes at 2:46 PM No comments: 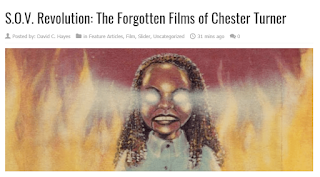 The forgotten films of shot on video auteur Chester N. Turner, Black Devil Doll from Hell and Tales from the Quadead Zone, get their long overdue respect.