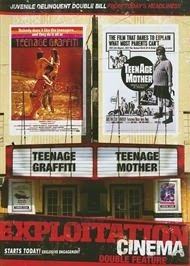 This real stinker gets the CHC touch from Jeff, Kevin and Dave and it earns it.

High schoolers learn a lot about the facts of life from the new Swedish sex-ed teacher. She is nearly raped by drug-dealing students and one ingenious, manipulative girl uses the new knowledge to feign pregnancy so she can con her boy friend into marrying her.
Posted by David C. Hayes at 6:41 PM No comments: 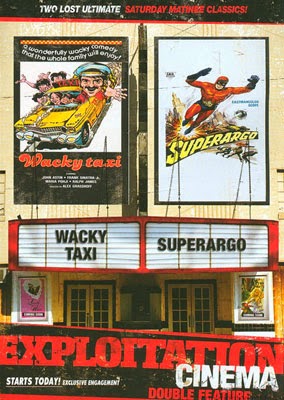 The Cinema Head Cheese crew is back (Jeff, Kevin and Dave) to riff on Europe's greatest superhero.

A masked wrestler/superhero goes up against a madman and his army of robots. Shown in SuperArgo scope, the ultimate widescreen experience! Now you can see what happens on the edge of the screen during Cinema Insomnia, that you've always been missing.
Posted by David C. Hayes at 6:34 PM No comments: 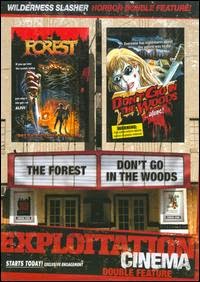 Kevin Moyers, Jeff Dolniak and David C. Hayes riff on this camp classic from the 1980s.

Four young campers head into the deep woods of the Utah mountains for a relaxing weekend. But their fun is spoiled when a machete-wielding maniac embarks on a blood-splattering rampage, hacking and slashing all who enter the woods! Intended as a comedy, James Bryan's DON'T GO IN THE WOODS...ALONE snuck through with an R-Rating in the U.S. But the U.K. were less amused and banned it outright. Now, this wacky, absurd entry from the golden age of slashers receives a first-class treatment on DVD.
Posted by David C. Hayes at 6:27 PM No comments: 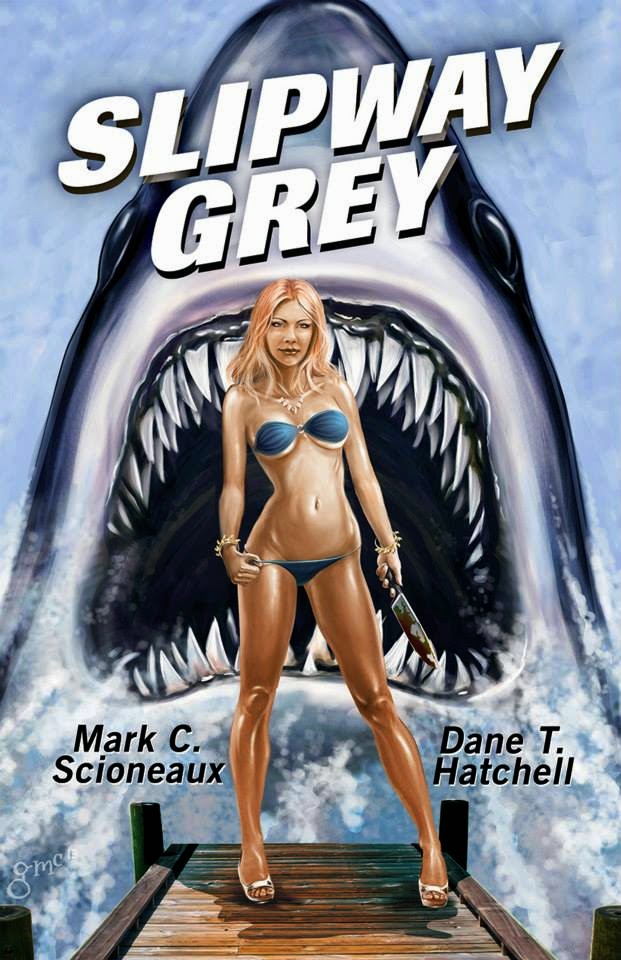 
As blood stains the sugar white sands of Pensacola Beach, mysterious disappearances plague the area. But this doesn't stop a group of high school seniors from having one last blowout at an exclusive beach mansion before graduation. But Mandy, the party's host, has plans of her own.

With a special friend, a massive bull shark she befriended as a child, Mandy plans to work through her teen angst the only way she knows how: with the help of massive jaws and an insatiable appetite for human  flesh!

“Sometimes you want to toss your responsibilities aside and immerse yourself in a guilty pleasure. Slipway Grey is a fun slasher with teens in bikinis, a serial killer, and a loyal-yet-bloodthirsty shark. It doesn’t get more pleasurably guilty that that.” —Mercedes M. Yardley, author of BEAUTIFUL SORROWS

“When a group of unsupervised teenagers celebrate their graduation with a serial killer on the loose some unexpected mayhem is sure to arise. Authors Mark C. Scioneaux and Dane T. Hatchell have created a boatload of horrific fun with Slipway Grey. Don’t let this be the one that gets away!” —Rena Mason, author of THE EVOLUTIONIST
Posted by David C. Hayes at 5:38 PM No comments: 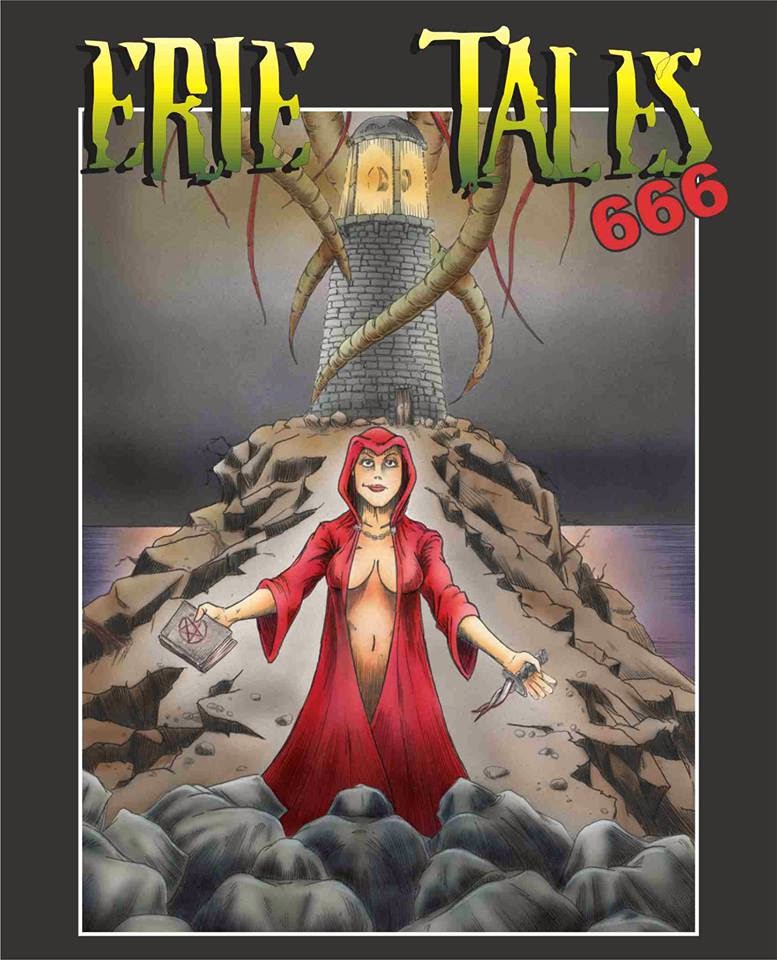 No number strikes fear into the heart of so many people like 6-6-6: the Number of the Beast. For the members of GLAHW, it also signifies its 6th full year as an independent organization of Horror Writers and aficionados, its sixth annual Halloween party, and its 6th Anthology. Special? You bet, for the coming of 666 means nearly a dozen new stories from returning members as well new bright shiny faces, bringing their own twisted interpretation of “666” to terrifying light. The Great Lakes Association of Horror Writers is an organization of like-minded writers, artists and enthusiasts based in the Great Lakes Region, but with fingers that extend around the world. Don't be afraid... be terrified.
Posted by David C. Hayes at 3:53 PM No comments: 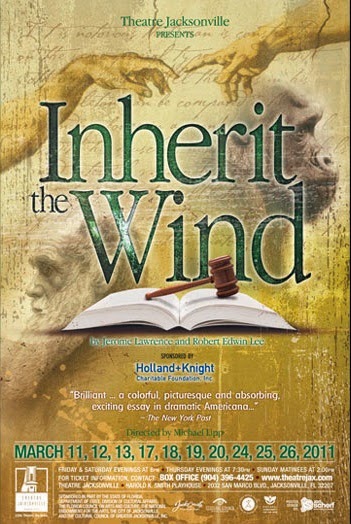 "The accused was a slight, frightened man who had  deliberately broken the law. His trial was a Roman  circus. The chief gladiators were two great legal  giants of the century. Like two bull elephants  locked in mortal combat, they bellowed and roared  imprecations and abuse. The spectators sat uneasily  in the sweltering heat with murder in their hearts,  barely able to restrain themselves. At stake was  the freedom of every American. One of the most  moving and meaningful plays of our generation. "a  tidal wave of a drama." -- New York  World - Telegram and Sun
Posted by David C. Hayes at 6:52 PM No comments: 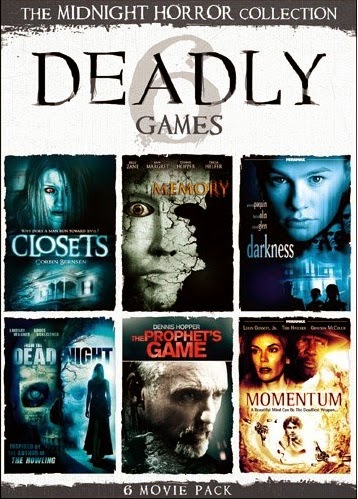 Based on actual events that took place only a few years ago, it weaves the enigmatic tale of Jonas Littleton…a good, but faulty man whose life had taken a sour detour – to a prison cell.  After having admitted his guilt and served his sentence, he’s being picked up outside the prison yard by his probably faithful wife for a long-awaited reunion.  Unfortunately, in the following weeks, reality sets in when his felony record makes his repeated attempts to rejoin the workforce humbling and futile.

His most recent job interview results in his bending his elbow at a watering hole.  Too much to drink and an errant suspicious pill causes our disappointed husband and father to seek advice from a soothsayer who runs a weird little shop a few doors down from the bar.  Under the influence and under the gun, a deal is struck in the fortune teller’s lair which proves to be “too good to be true”? 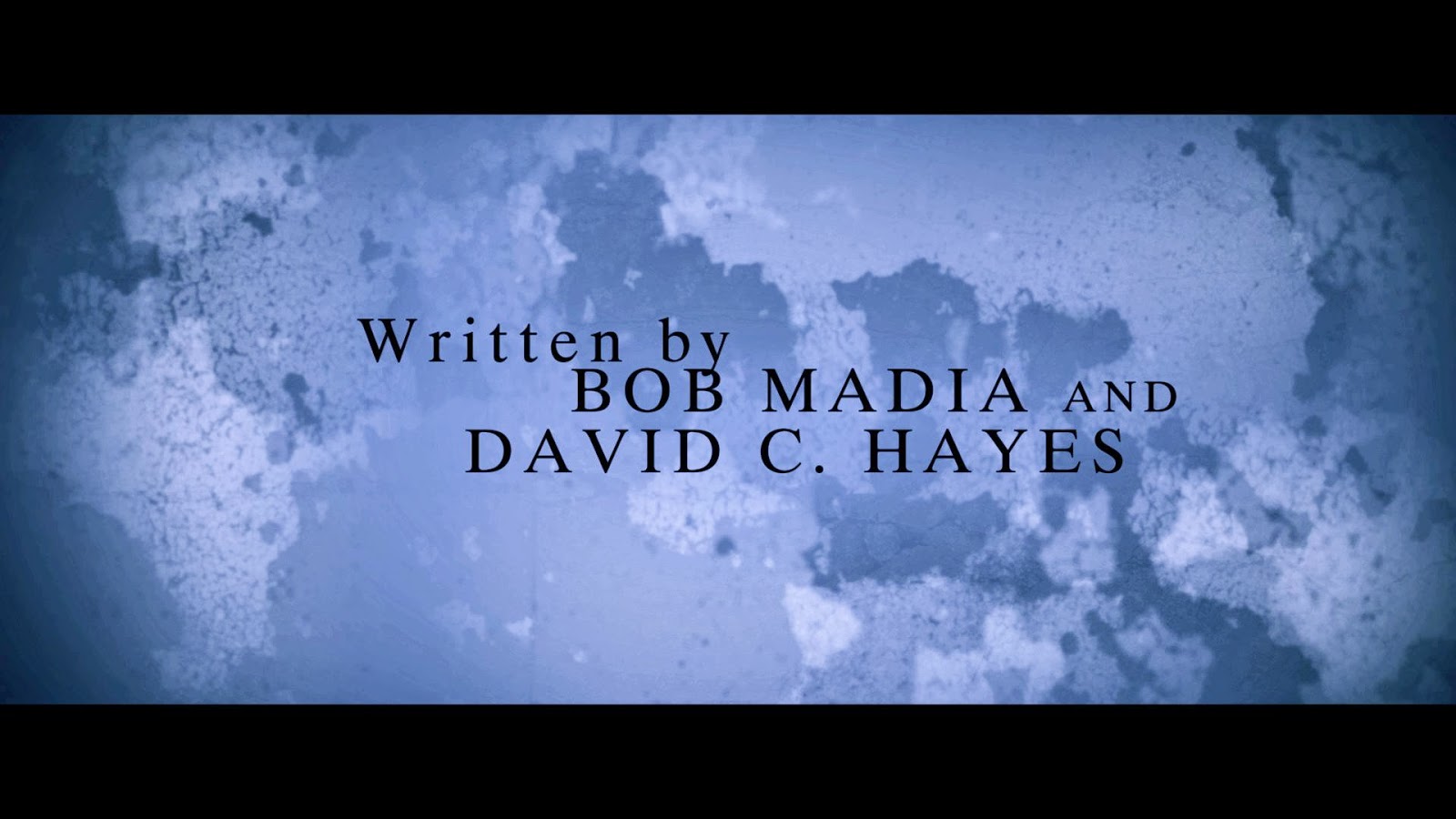 As if a beaded curtain has been parted, Jonas’ life immediately turns around.  Job offers.  Money.  Luxurious home and cars.  Happiness.  Family times.  Until the bill is due.  And who comes to collect?  The most vile, hellish, repugnant demon who was ever vomited from --- well, another place and time.  The Entity has all the tools to wreck all she sees. To ingest all that’s good and discharge pure evil.  Will Jonas have to pay the piper?  A cold, grinning evil collects, with certainty - both his wife and son!

A broken man, Jonas Littleton divests himself of every remnant of wealth and possession.  He uses the proceeds to follow his heart and soul’s remaining task.  His course is clear – he must track down the Entity and extract his revenge – or die trying.  Now he runs Paranormal Investigations Incorporated to soothe his damaged soul and feed his obsession.  He sees the Entity in every investigation in reality or maybe not. His sanity hinges on the pursuit.

Continuing his quest for revenge, he leads his investigation team from haunting to haunting, until one day he comes face to face with the Entity. How this final confrontation between a wounded-spirit human and the very essence of conniving, grinning evil plays out will knock your socks off!  Twists and turns abound.