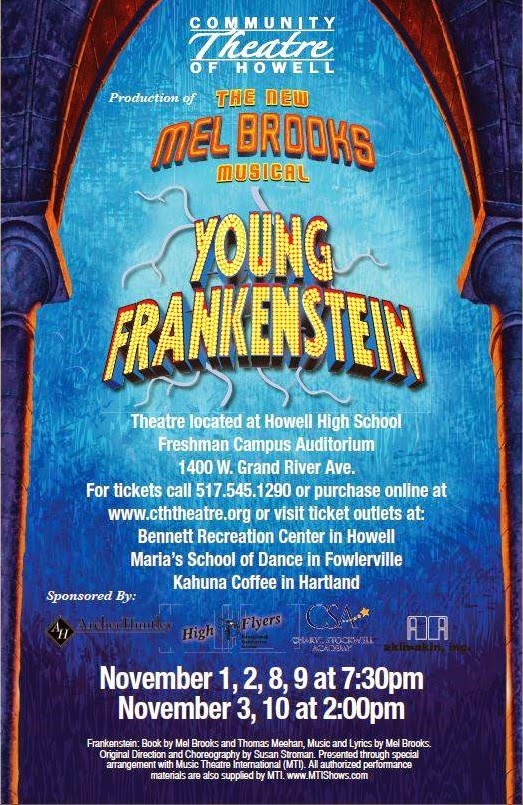 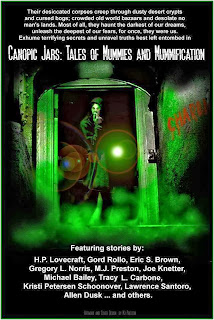 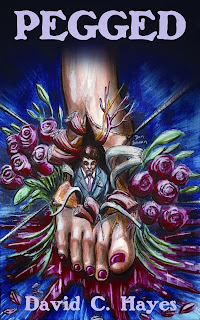 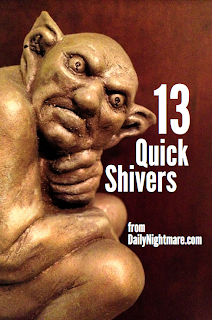 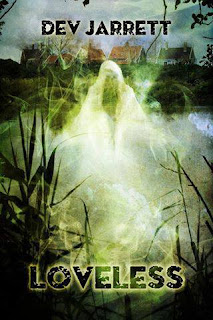 When a hapless explorer disturbs the watery grave of Muriel Wallace, a terrifying chain of events is put into motion. Corey Rockland, sheriff of a sleepy Georgia town, must now unravel the mystery behind a corrupt family and a broken heart dating back to the Civil War. Unless he can find a way to stop her, Muriel will unleash her vengeance on anyone she deems loveless. 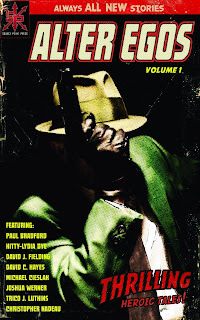 Alter Egos is an anthology of super hero stories of brand new heroes with excellent powers and awesome abilities. Except for King Conrad, of course. He is a modern-day barbarian and embodies everything that we Americans find 'manly.' Uugh. The best part is that each story has some cool artwork of the main character. Check out Robert Knight's vision of King Conrad below! 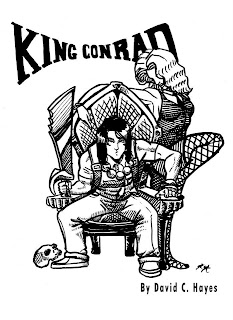 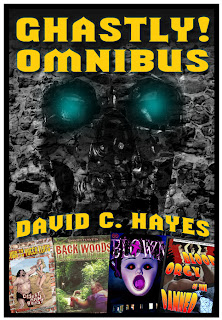 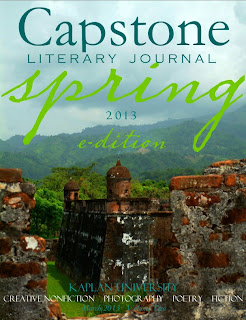 
From Kaplan University: The School of General Education is pleased to announce the publication of Capstone, Volume Two—the spring edition!  Volume Two celebrates fiction, creative nonfiction, poetry, and photography from participants from all over Kaplan.

Join us in celebrating Kaplan’s talented artists by taking a look at the newest issue!

Keep an eye out for Capstone’s fall issue call for submissions coming soon, and don’t forget to mark your calendars for Capstone’s Literary Festival coming in August in which artists from Volume Two (spring issue) and Volume Three (fall issue) will be featured.
Posted by David C. Hayes at 7:38 PM No comments: 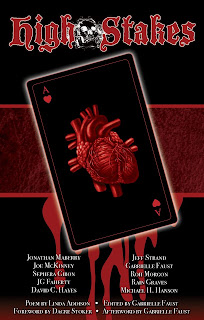 This anthology is fang-tastic. Dacre Stoker, the great grandnephew of Bram Stoker and author of Dracula Undead, has graciously agreed to write the Foreword. Also opening the anthology will be a new poem by the Bram Stoker Award winning poet Linda Addison. Within the pages of High Stakes you will also discover 10 original new vampire stories from today’s most exciting horror authors all with the theme of “games” in play. Authors include: Jonathan Maberry, Jeff Strand, Joe McKinney, Sephara Giron, Michael Hanson, Roh Morgan, Rain Graves and JG Faherty!
Posted by David C. Hayes at 2:57 PM No comments: 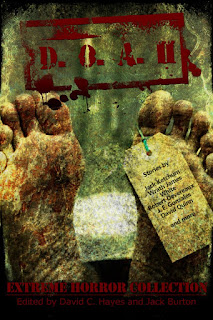 This Fourth of July, celebrate your 1st amendment rights with the release of DOA, Volume II.


Our most popular anthology is back. Loved by some, hated by others; DOA is unlike any other anthology we’ve done before. And DOA II will shatter whatever taboos you had left from the first round. Authors include Wrath James White, Jack Ketchum, J.F. Gonzalez, Robert Devereaux, David Quinn and more!
Posted by David C. Hayes at 3:00 PM No comments: 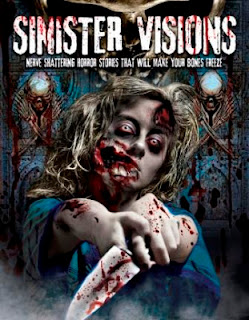 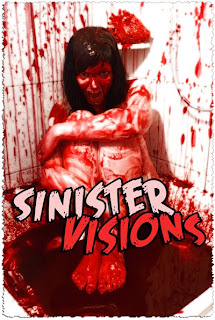 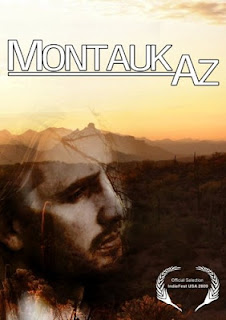 
Richard Clayton is a maintenance man at the local police station of the small town of Montauk, Arizona. He spends his days keeping the offices clean and the equipment running. He spends his nights drinking and killing the occasional prostitute. When a new officer arrives in town, Richard is instantly drawn to her. As his love for her grows, he tries desperately to change his ways, but his past has a way of catching up to him. 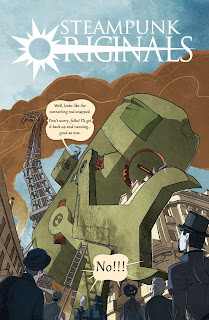 Steampunk Originals, Volume 1, is the first in a series of graphic novels that serve as an anthology for different steampunk-inspired stories. Illustrated by Thom Chiaramonte, Gladiatrx is just the primer for a poor, disfigured scientist using her intellect and amazing suit of armor to defend the rights of the powerless! 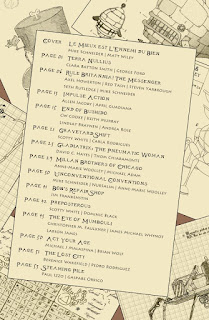 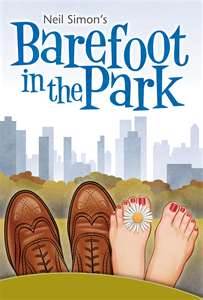 Corrie Bratter and Paul Bratter are newly wed. For their first home, they live in an apartment on the top floor of a Brownstone in New York City. During the course of four days, the couple learn to live as a "couple" while facing the usual daily ups-and-downs. Corrie wants Paul to become more easy-going, to, for example, run "barefoot in the park." 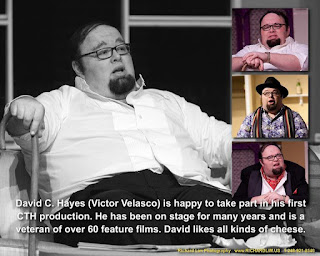 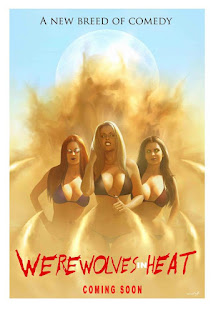 Death Valley is a place where drunk college kids can run wild on weekends without fear of the police shutting them down. This small desert town is home to a local Biker gang known as the Legion of Outlaws, an MC who traffic drugs and prostitution through this quiet community. Death Valley is also a place where getting attacked by a werewolf is nothing out of the ordinary especially during a full moon. Werewolves in Heat is filled with intriguing characters both comical and frightening, setting up scenes with Romance, Comedy and intense Action, all the while pulling you in to this strange and visceral world of the college party lifestyle. Werewolves will satisfy fans of both Comedy and Horror genre. It’s AMERICAN PIE meets THE HOWLING with a dash of SOA.
Posted by David C. Hayes at 3:30 PM No comments: 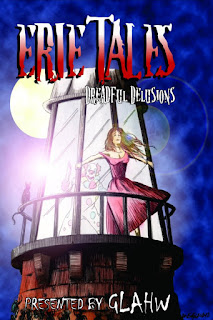 Writer
"I Am Going to Kill Me"

We’ve a full asylum of fears and phobias, superstitions and shibboleths, one dozen hand-selected from the very best of our inmates. In this, the fifth edition of Erie Tales, your frights are made flesh – urban legends, old wives tales, and that phantasm your therapist has been trying all year to get you to shake. Stories by David C Hayes, Justin Holley, Seth Paul, Robert C. Eccles, David C Hayes, Michael Cieslak, John Pirog, James Frederick Leach, Tracy Stapleton, Ken MacGregor, Christopher Nadeau, Peggy Christie, and MontiLee Stormer, with illustrations by Ron Maxwell and Tony Steele.

This is the Annual Member-driven Anthology of GLAHW.
Posted by David C. Hayes at 3:15 PM No comments: