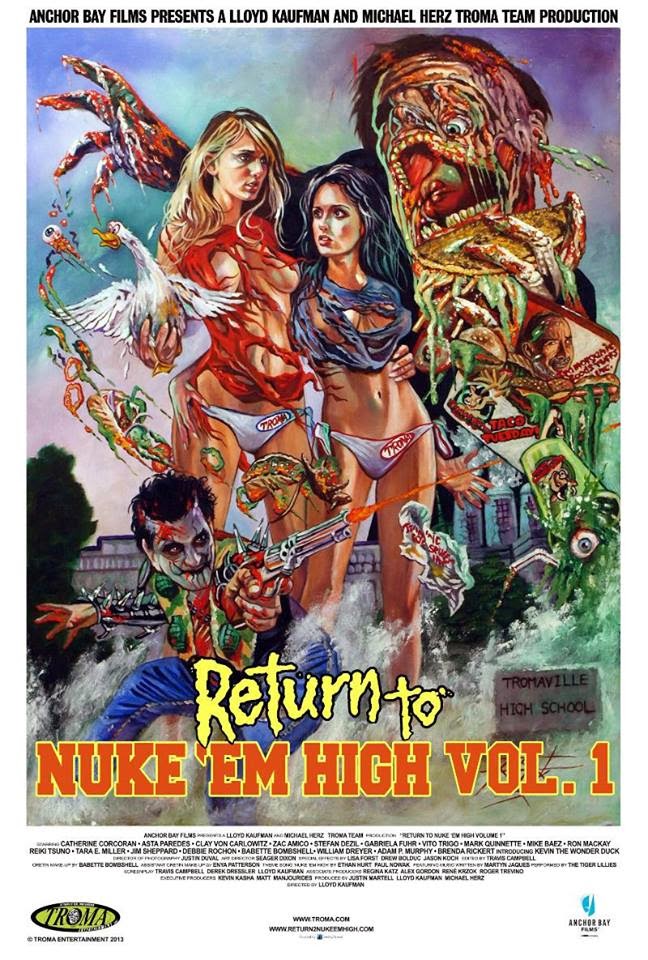 Writer
with 68 other people

In 1999 a collaborative screenplay contest for Class of Nuke 'Em IV  was put on by Troma. I entered and won (they still owe me $50) a spot as a collaborator on the script. There were 40 screenwriters on this. I'm curious if this could be real? And, if so, can the scene I wrote with Lloyd Kaufman being accosted by Ghandi and Santa Claus be coming to fruition? Let's hope not. 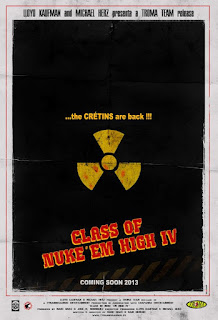