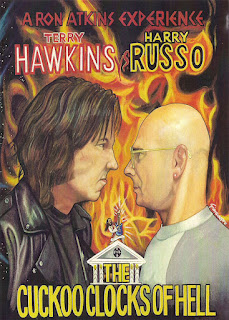 
From Severed Cinema: Director Ron Atkins releases his latest and most ambitious film, The Cuckoo Clocks Of Hell on DVD,  August 31, 2011. The Cuckoo Clocks Of Hell follows the character of Harry Russo (Schizophreniac and Necromaniac), returning to a plauge-infested Las Vegas for a supernaturally-ordained meeting with Terry Hawkins (The Last House On Dead-End Street aka The Funhouse). Set in the near future, The Cuckoo Clocks Of Hell tells a twisted story of discovery and destiny, of madness and mayhem, of cultures and corruption. The film was conceived in 2003 between Ron Atkins and the late Roger Watkins. Upon Watkin's untimely death, James VanBebber was recruited to essay the role of Hawkins and filming began in late 2007. An uncompromising and unique artist, Ron Atkins is now poised to re-write the rules of the American independent film forever with The Cuckoo Clocks Of Hell. 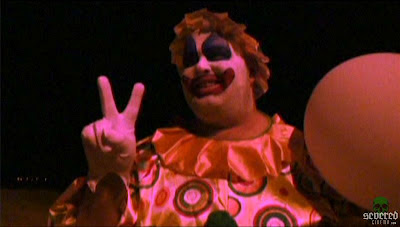