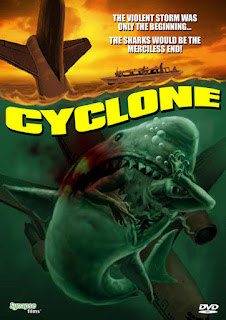 I was asked by Synapse Films to pen the liner notes for the DVD release of Rene Cardoza's epic disaster/animal attack epic of filmed epic-ness. The film is like watching Gilligan's Island if it was written by The Marquis de Sade... genius (as well as Cardoza's other works).
Posted by David C. Hayes at 9:14 PM