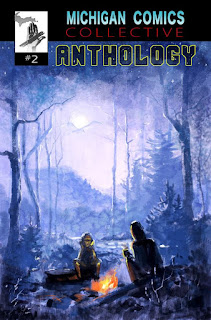 With David Andres (illustrator) and Sean Seal (colorist/letterer), America's Danger Doll, Major Babe, makes her debut in a seven-page story in this anthology. Thanks to a super soldier experiment by the Nazis, and an American General willing to sacrifice himself, the U.S. has a homeland protector like no other. High school student by day, Major Babe by later day! In this adventure, MB rescues none other than FDR!
Posted by David C. Hayes at 2:03 PM