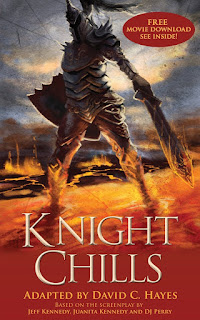 Writer
Based off the film "Knight Chills"

The 20th Anniversary Novelization of the hit film! John is an avid role player. He has feelings for Brooke, a fellow role player, but when Brooke makes it clear to him that the feelings are far from mutual John is thrown into despair and takes his own life. For his game master and the rest of the players, this is only the beginning of their nightmare, as a mysterious black knight strikes them down one by one. It is the ultimate roleplaying adventure as his rivals strive to not only come to grips with what they thought could not be possible, but now must also fight to stay alive!