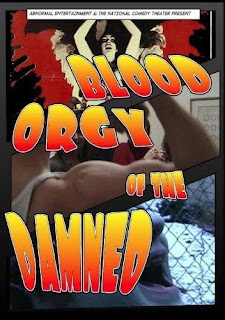 A gaggle of inebriated co-eds hatch an ill-conceived plan to resurrect a couple of ancient vampires. But drunk magic is imperfect magic, and the ritual doesn't go as planned, causing the vampires to arrive in 20th-century America with a few problems. Nevertheless, the evil duo embark on a quest to take a virgin bride and unleash hell on Earth, all while fighting against a third-rate band of heroes. Mix a really awful movie with a quick-witted comedy team, and you get something akin to a local, live version of the popular old movie-riffing show "Mystery Science Theater 3000." But in the case of the abysmal B-movie "Blood Orgy of the Damned," comics from Mesa's National Comedy Theatre aren't just making fun of the film as it plays on the big screen - they're providing 100 percent of the sound, live. 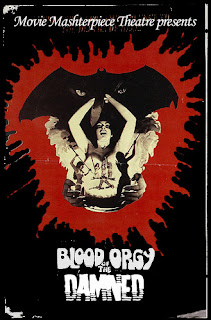