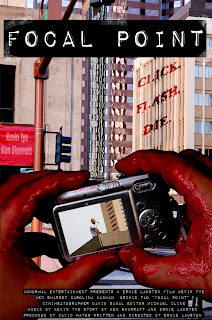 Written and directed by Ernie Lausten, and starring Kevin Tye, Focal Point is a short film detailing the accidental ownership of a camera and just how bad finding something on the bus can be. For you viewing pleasure, the entire film is below.

Focal Point premiered at the 2009 Deadly Event as part of the 2009 International Horror and Sci Fi Film Festival.